Read More A Horsebox Fit for a Princess 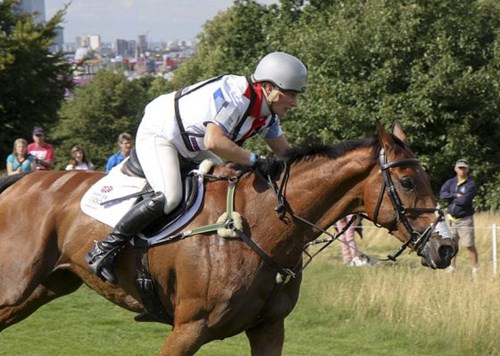 Olympic medallist Zara Phillips is the proud owner of a huge Oakley Supremacy horsebox vehicle, which gallops in with a price tag worth a staggering £500,000! The Queen’s granddaughter rides high in the 26 ton multi-use ‘lorry’ which in no way disadvantaged her during her Olympic reign.

Complete with a bathroom, kitchen and with room to sleep 6, we don’t know who will be more comfortable in this super horsebox; the horses or the humans.

The horses can be transported easily, 6 at a time, with the benefit of new camera technology to implement the safety of both the passengers and the animals. The cameras are attached to the rear of the truck and relay images back to the driver for help with driving the whopping horsebox.

All mod-cons are found throughout from the double bed to the microwave, but perhaps most impressive of all is slide out, air-conditioned living room, which can be utilised to create a larger living area. A plasma television can be seen in the living area which has the ability to showcase different programmes, along with a modern sound system, all on hand to provide entertainment for when those long journeys commence.

Following in the footsteps of both her mother, Princess Anne, and her father, Captain Mark Phillips, Zara gained 2012 Olympic success in the team eventing competition in Greenwich last summer. Her mother Princess Anne proudly presented her medal.

Why choose it's Horsebox Insurance?

We have been comparing horsebox insurance for years and understand what makes a perfect policy. We do our utmost to source the cheapest and most relevant insurance policies. We have built a very strong relationship with our panel of horsebox insurance specialists and our service allows you to compare policies from respected insurers, selecting between 3-5 horsebox insurance quotes that best suit you.

Finding horsebox insurance can be a complicated task leaving you with many questions about horsebox insurance or horseboxes themselves. At it’s Horsebox Insurance our FAQ’s page can offer a better understanding and provide answers to your questions, or do not hesitate to call one of our members of staff on 01708 952 558. We are open Mon-Fri 8:30am-7:30pm, Saturday 9:00am-5:00pm and Sunday 10:00am-4:00pm, 7 days a week.

We only compare horsebox insurance quotes from our approved insurance partners, offering affordable and reliable cover. Using well known and trusted horse box insurers, who have expertise in equestrian insurance and compete to offer you the best quote. This allows us to offer cover of the best quality at the most affordable prices and by offering this insurance comparison service means we can save you time and money.