History of the Horsebox 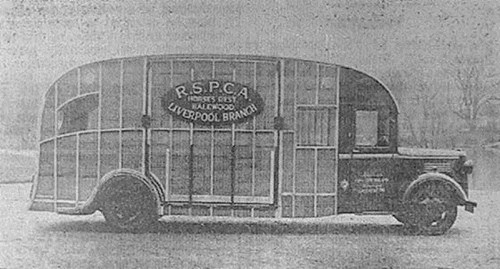 The first known instance of a horse being shipped by land was the vanning to stud in 1771 of the Great British Thoroughbred racer, Eclipse. Eclipse could not travel under its own power because of the poor condition of its feet and because the animal could not walk comfortably, a carriage was purposely constructed in which Eclipse rode not only to stud but into history, making this the earliest recorded occupant of a horse trailer.

This made history as nothing before had ever been considered; and around the time of 1836 horses were being “vanned” and this was a common practice among wealthy horsemen, especially race horse owners anxious to minimize strain upon animals entered in important racing meets.

Highly valued race horses were originally transported by specially outfitted railroad cars, but this transport was difficult to use due to issues of scheduling and delays.

The earliest motorised van for conveying horses was apparently designed in 1902. It was not until 1912 that horse boxes fitted to internal – combustion motor car chassis began to be mass produced by Vincent Horse Boxes of Reading, England. The Vincent motorised horse box was a three ton motorised horse box – similar to today’s horse vans. They were used by the British army in 1914 to transport horses to war. 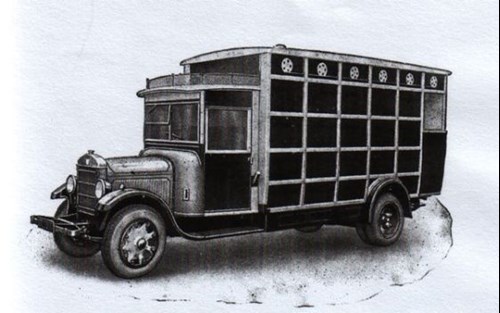 Before motors became more established in the late 1950′s and early 1960′s, most motorised horse transport was accomplished in large trucks and vans; and for short trips cars were used to tow small light weighted trailers.

The horse trailer as we know it today has evolved into much more powerful vehicles, where horses are more comfortable and safe. An example of how horse boxes have become more evolved throughout time is Zara Phillip’ horsebox worth an estimated £250,000!!!

Why choose it's Horsebox Insurance?

We have been comparing horsebox insurance for years and understand what makes a perfect policy. We do our utmost to source the cheapest and most relevant insurance policies. We have built a very strong relationship with our panel of horsebox insurance specialists and our service allows you to compare policies from respected insurers, selecting between 3-5 horsebox insurance quotes that best suit you.

Finding horsebox insurance can be a complicated task leaving you with many questions about horsebox insurance or horseboxes themselves. At it’s Horsebox Insurance our FAQ’s page can offer a better understanding and provide answers to your questions, or do not hesitate to call one of our members of staff on 01708 952 558. We are open Mon-Fri 8:30am-7:30pm, Saturday 9:00am-5:00pm and Sunday 10:00am-4:00pm, 7 days a week.

We only compare horsebox insurance quotes from our approved insurance partners, offering affordable and reliable cover. Using well known and trusted horse box insurers, who have expertise in equestrian insurance and compete to offer you the best quote. This allows us to offer cover of the best quality at the most affordable prices and by offering this insurance comparison service means we can save you time and money.